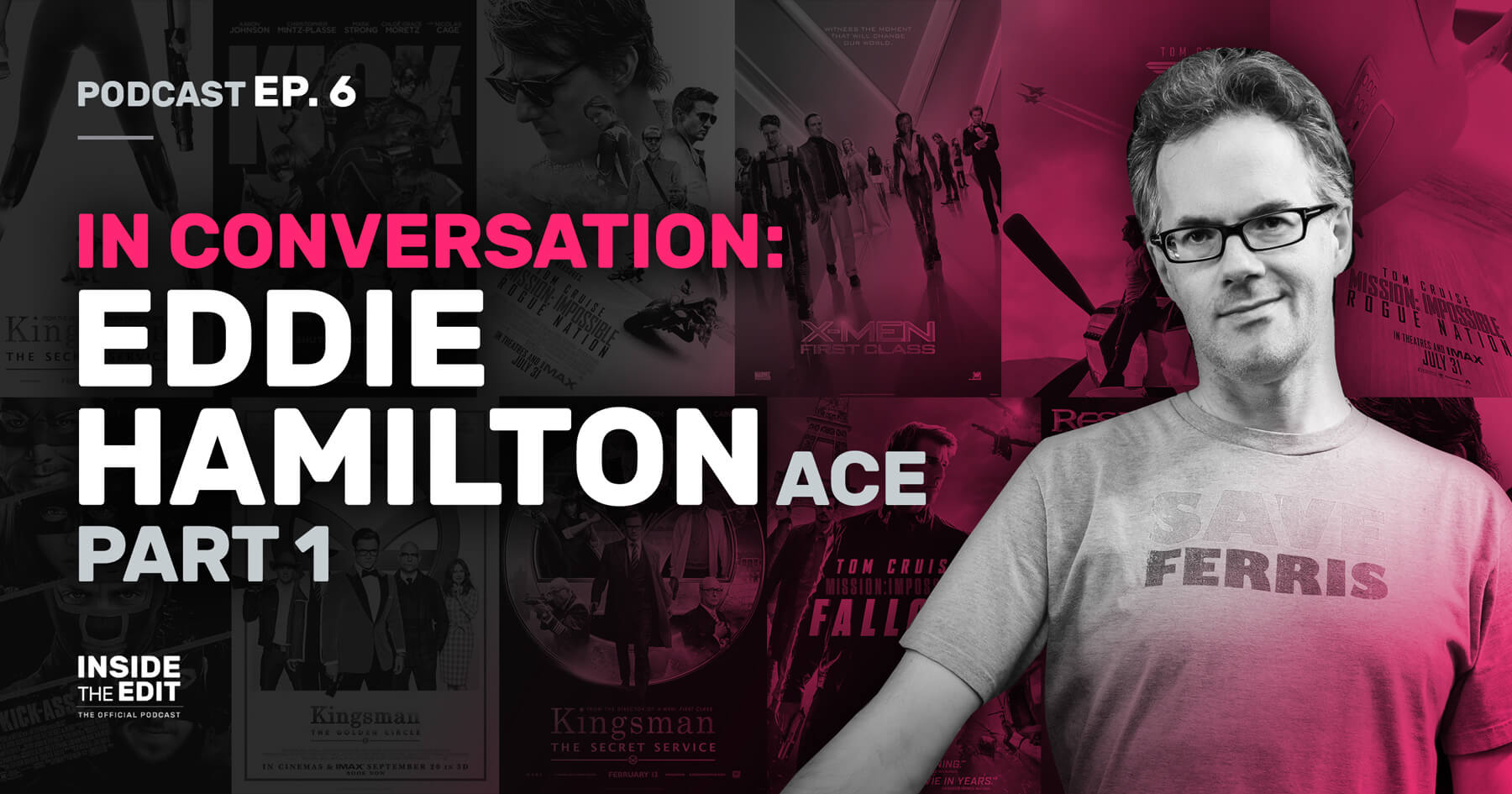 by Paddy Bird on

You really won’t want to miss this week’s episode!

What do X-Men: First Class, Kick-Ass 1 & 2, Kingsman 1 & 2 and Mission: Impossible 5 & 6 have in common? Only one thing… master film editor and long time Inside The Edit fan, Eddie Hamilton. I’ve loved Eddie’s work for many years and so I’m super excited that our very first guest on Once Upon a Timeline is one of Hollywood’s most successful editors.

From humble beginnings on the south coast of England, Eddie has built a career ladder that has placed him at the very top of Hollywood. I recently caught up with him as he was finishing off the much anticipated Top Gun: Maverick. Listening to his story, his advice for young editors and his overwhelming love for editing was an absolute joy.

In the first of a two-part series, Eddie talks through how he rose from quick turnaround sports news programs and low budget movies up to sharing an edit suite with Tom Cruise and Jerry Bruckheimer. He tells us about his drive to succeed, his meticulous creative process and how he cultivates relationships with some of Hollywood’s biggest names.

There’s a ton of wisdom, inspiration and insight in this episode and I know you’ll enjoy it.

Some of Eddie's Work

We had loads of fantastic answers to last week’s competition question so listen in as I’ll be announcing the lucky filmmaker who’s taking home one of Logic Keyboards awesome pieces of kit.

What am I Watching?

Tracks Featured in This Episode from Universal Production Music

500,000 tracks of unrivalled breadth and depth, crafted specifically for media use.
Discover Now

Spread the word and help us by rating and reviewing the show.




 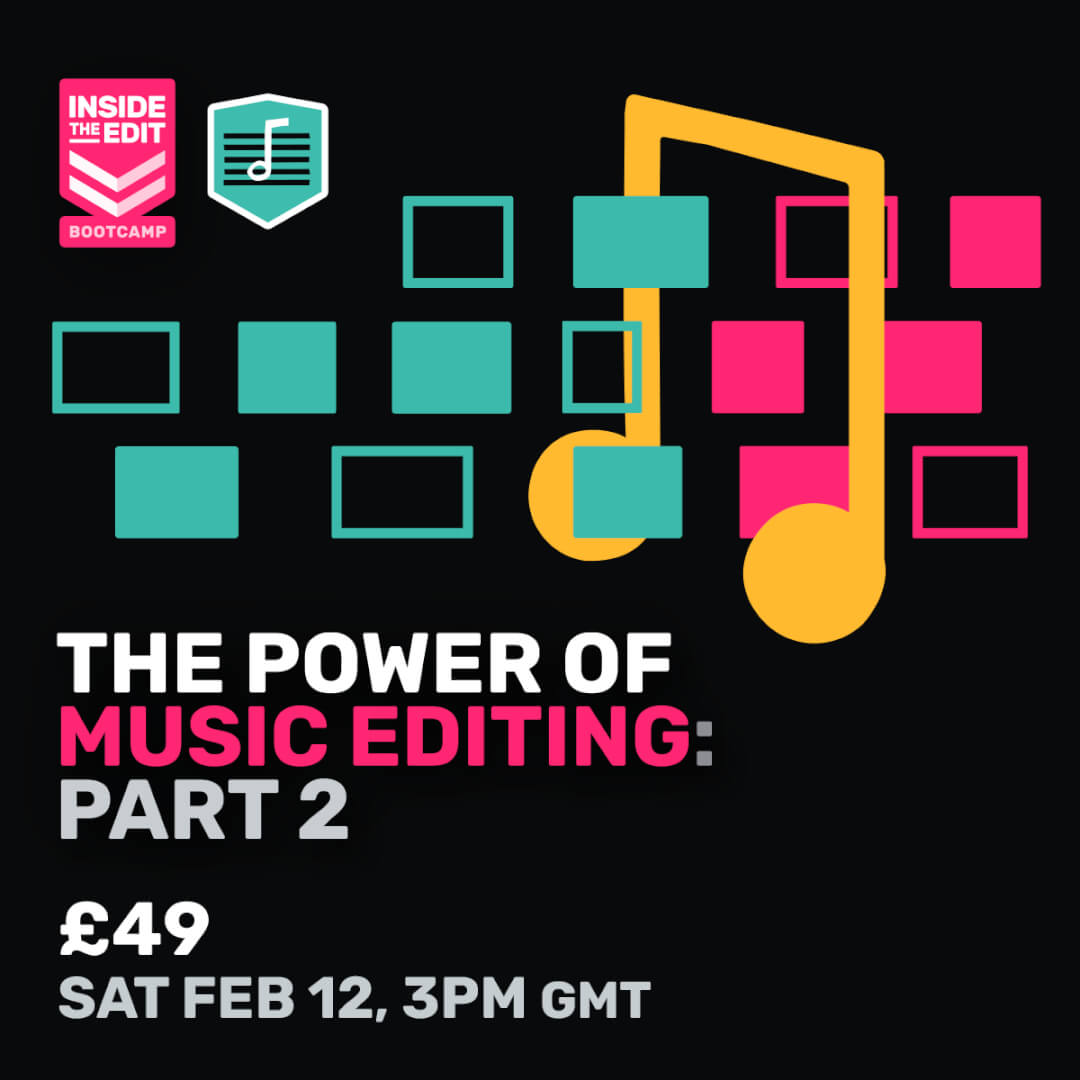 The Power Of Music Editing: Part 2

We’re really excited to announce Part 2 of our Music Editing Bootcamp. The number one skill that high end clients ask for more than any other is the ability to skilfully score sequences. It’s a complex art form within the art of editing and requires deep and intense analysis in order to master it.

We created the foundations of musical editing theory in Part 1 of our Bootcamp series by studying musical structure, tonality, assignment and tempo. Now, it’s time to go more in depth and look at the techniques used in pro edit suites around the world.

This is why we’ve developed a series of 2 hour, live Bootcamps dedicated to mastering this little known part of the art of editing.

Yes, the best time of the year to grab bargains is back! From Friday 26th November you’ll be able to get your first membership at a huge discount or upgrade your current membership for a fraction of the price. 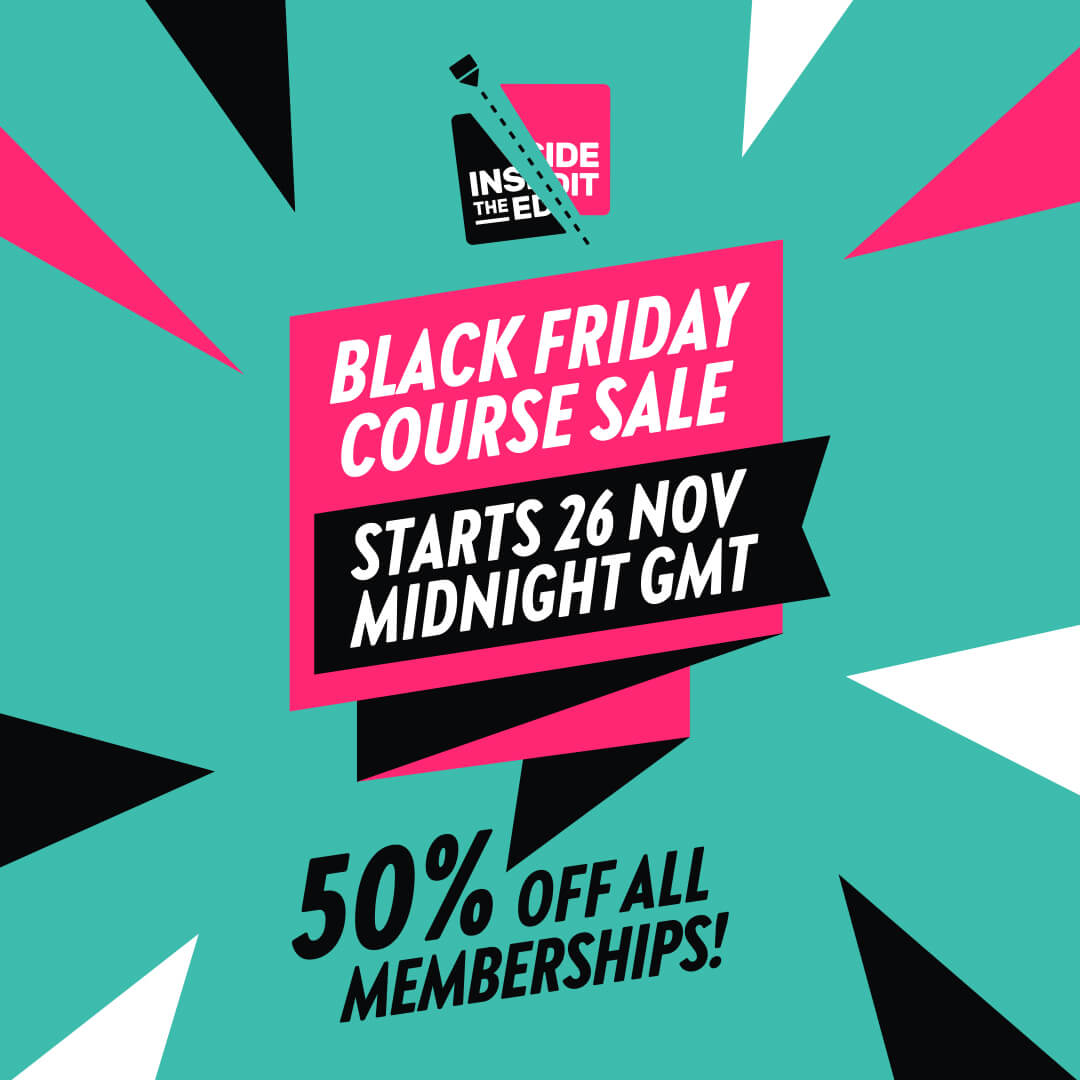 This taster course will give you hands-on experience of the MFA Craft Edit Masters, the industry's first professional editing course where the focus is on the art form rather than the software or technology. 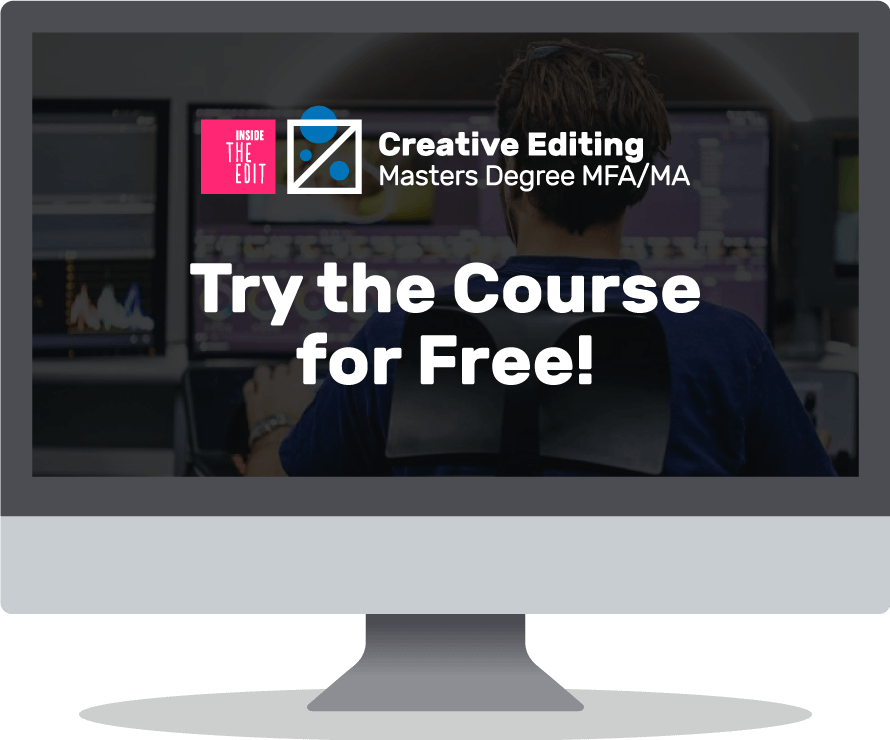 A Week of Creative Intensity

﻿Put yourself in the hot seat this summer with the most in-depth editing course on the planet. We’ve deliberately built this elite level Summer School for you: the editor who wants to take their creative skills to a whole new level.﻿ 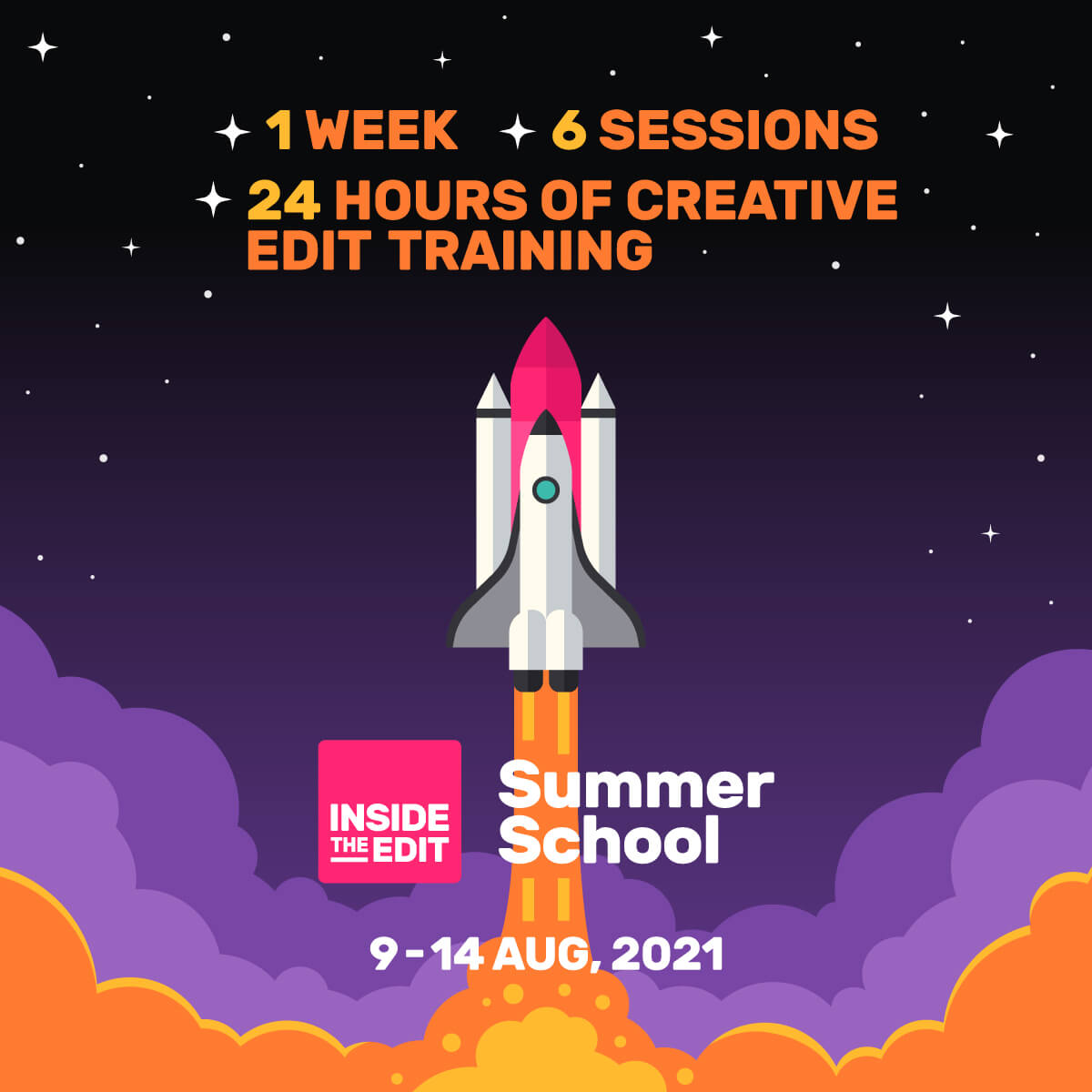 Inside The Edit is used by many of the biggest brands in the media industry.

Are you Drowning in a Sea of Technical Editing Courses?

It’s frustrating that every single course on the market teaches you all about the software but nothing about how to edit. The industry doesn’t care how many buttons you’ve memorised, it cares whether you can craft powerful films.
Start focusing on the skills clients actually want.
Learn More
x

Sign up to the mailing list to receive exclusive news and offers from Inside The Edit.
Thank you! Your submission has been received!
Oops! Something went wrong while submitting the form.
x